Trip Delay from the Sequester: The New Normal?
National Travel & Tourism Week: One of my Favorite Trips

The Sequester and Trip Delay: The Good News Is… 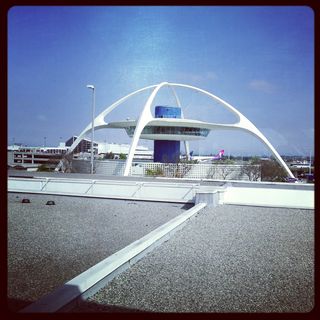 Personally, I think this title is a bit misleading. Writing headlines was always my weakness back in my newspaper days. But I digress – there really is good news to be had! The good news is that last week, Congress approved a bill that would end the furloughs of air traffic controllers across the United States. The official bill, without type-o's, was signed into law on Wednesday.

For the thousands of travelers that cross the United States, this news is so nice! It means the end of summer trip delay, right? In the eternal words of that scholar of college football, Lee Corso: not so fast, my friends.

Congress taking a step forward to once again allow air traffic controllers to keep eyes on the skies is a good start to ending the trip delay. But there are also bigger systematic problems that still exist, which could create some major frustrations around your summer travel plans. For example: both the FAA and the TSA – two key players in the air travel world – have announced hiring freezes that will at least last the summer. If turnover ends up being as bad as expected (projected to be over 1,000 by the end of May for the TSA alone), travelers could end up waiting even longer in line. This is compounded by the constant threats of summer storms, equipment breakdowns and anything else that could cause a trip delay for an airplane.

While this is good news that airplanes can now take off and land on their regular schedules again (within reason), the bad news is that the chance for trip delay is more on the front end for the traveler. This news is not so nice – but will be part of the flying experience that we all go through every time we want to fly.

So what happens now? How do we try to minimize the possibility for trip delay? While we can’t control the weather, hiring freezes and other ground delays, we can control our process through the airport. Here’s how I plan to get through the airport and, hopefully, avoid having to rethink my travel plans altogether:

This summer is not going to be pleasant when it comes to trip delay – but with the right attitude, a little luck and by taking matters into your own hands, we might just get through this after all. How do you plan on escaping the travel woes this summer and minimizing trip delay? I’d like to hear your thoughts – leave a comment below!