Getting a passport during a government shutdown
The Government Shutdown Ends - Now What, Travelers?

Four places to travel during the Government Shutdown 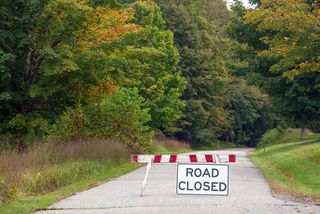 Today (Tuesday, October 8, 2013) marks day eight of the Government Shutdown. We have now had over a week of negotiating and deal making in Washington, all with the hopes of having this impasse come to an end.  Had you asked my opinion two weeks ago, I would have said that this shutdown would have been resolved by now – yet, we continue to find ourselves here.

As a result of the government shutdown, many people’s plans have been placed on hold or altogether cancelled as a result of closures, furloughs, or a combination of both. This has forced many people to put on hold vacations and visits to some of America’s National Treasures – some planned spontaneously, and some planned for years on end. However, those closures did not prevent a group of World War II veterans from visiting the National World War II Memorial last week (reports ABC News).

Despite the government shutdown, there are still plenty of places to travel to and visit around the world. How are you spending or planning your vacation time during this government shutdown? I’d love to hear your plans – let me know in the comments below!

Great post! While the shutdown may affect some places, there are so many others that we would never have thought of - like unique theaters, library and many more. Thanks for the thoughtful tips!!