Remembering 2013: The Year of Trip Delay 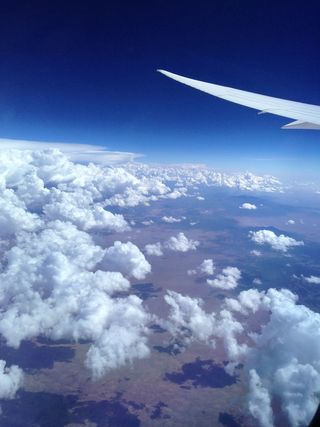 Should old acquaintance be forgot, and never brought to mind? It all depends on which airline you flew the most in 2013.

At the beginning of 2013, on the conclusion of my first mileage run, I wrote about how 2013 might go down in history as the year of trip delay and trip cancellation. Come to find out, I wasn’t wrong – and the Wall Street Journal’s Middle Seat Blog agrees with me. At a whole, of the airlines tracked by the Wall Street Journal and FlightStats, only 78% of flights were on time in 2013 – down a total of 2% from the year before. At the high end of that statistic, the number of flights delayed in excess of 45+ minutes increased 13%, and cancelled flights jumped 15%. You can read the entire report, and find out which airlines performed the best, on The Middle Seat at the Wall Street Journal.

So what is to blame for 2013 being known as the year of trip delay? Many of the airlines blame 2013 returning to normal weather patterns as part of the problem for the increase in trip delay and cancellation. Additional problems include systematic problems within airlines (as a result of mergers and acquisitions), as well as problems in scheduling. After having a year of good weather in 2012 (save a couple of major incidents), 2013 was heavily affected by weather situations, resulting in trip delay & cancellations. Some good news did come out of this report, however: the Department of Transportation reports less passengers complained about service, and less passengers got involuntarily bumped from flights.

With this behind us, what do we have to look forward to in 2014? If last year was any indication, we’re going to see a lot more trip delay and trip cancellation in 2014 as well. The polar vortex didn’t help us get this year off the ground with any ease, and 2014 will also see the merger of American Airlines and US Airways. If we learned nothing else from the United-Continental merger, we’ve learned that mergers always result in pains felt by the end travelers.

So how can you keep your travels flowing smoothly in 2014? Here’s how I plan on managing my flying time, and doing my part to keep my personal trip delay statistics down in the New Year:

Hopefully, your travels will be a little more successful than mine in 2014! Is trip delay something you’re worried about in the New Year? Or are you going to travel despite the risks of getting stranded? Let me know in the comments below!

When flights are delayed or cancelled in certain cases you are entitled to compensation, although the airlines sometimes try and put obstacles in your way. There are some websites and apps that act as a middleman to make the whole process easier. Refund.me is a good one.