Sochi Problems: A Lesson in Murphy’s Law and the Olympics
15 Packing Secrets From a Professional Traveler

The Emergencies We’d Rather Travel Without 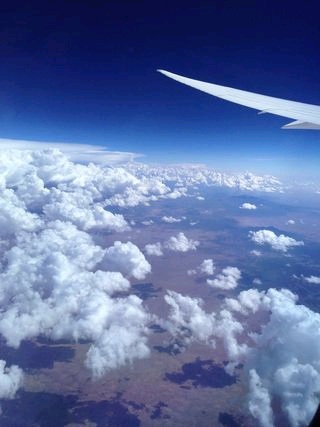 Last week in travel, we saw a lot of scenarios that we think only play out on the silver screen. Being a frequent flyer myself, a couple of these situations hit very close to home – actually, a little closer than I’d like.

It started with news of severe turbulence resulting in injuries on a United Airlines flight from Denver to Billings, Montana. While the airplane was able to land safely at Billings Airport, five injuries were reported as a result of the severe turbulence, causing the captain to declare a medical emergency upon landing. That same day, an Ethiopian Airlines flight was hijacked by the co-pilot en route to Rome, ultimately landing in Geneva. One of the passengers delivered an account of his first-hand experience on Reddit, which gave a very insightful look on how everything happened. Then on Wednesday, the Transportation Security Administration (TSA) warned airlines to be careful of possible shoe bombs coming from flights originating outside the United States. All this comes off the heels of a warning for travelers coming to and from Russia for the Olympic Games.

There are a lot of wonderful things that come from traveling the world, as Vagabondish pointed out in their article this week. However, with the good comes an inherent risk that every traveler takes when they climb in a car, sit in a train or board an airplane.  And while the risk is lower in transit than on the ground, the opportunity for hazard remains.

My thoughts go out to those affected by these events that took place this week.  Yet, as traumatizing as some of these events were, there are still lessons that can be learned for what to do during an emergency:

1: Don’t Panic
I know it’s very easy to say those words from behind a desk, but as I’ve learned from being in my own fair share of emergency situations, there’s nothing that panic will solve. By panicking, one reduces the opportunity for rational thought, problem solving and deducing ways to get out of the situation. So if you are in an emergency, remember to breathe slowly and deliberately, assess the situation at hand with a sound state of mind and make a plan based on the best available information. And keep in mind that sometimes the best heroics may be to keep yourself and others calm.

2: Follow Crew Member Instructions
Those (sometimes) friendly crew members aren’t just there to remind you to keep your tray tables up and your seats in the upright and locked position. In the event of an emergency, your crew members can be your first line of assistance in getting through an emergency – be it mid-air or on the ground. If you’re unsure of what to do, ask one of them for help. After all, this is the exact emergency for which they have been training.  Also be sure to take the 10 minutes at the beginning of your flight to go over the emergency instruction card in the seat back pocket in front of you. Knowing how to use the emergency exit doors ahead of time can mean the difference between life and death.

3: Add Travel Insurance to Your Emergency Card
If an emergency were to happen to you that forced you to diver to another nation, or if you were injured in a foreign country as a result of your travels – would you know what to do and who to contact? I don’t know that I have the words to describe the fear and anxiety that come with not being able to get medical care while in another country, or arriving in a country that you didn’t intend to go to. Travel insurance has become a vital part of my travel kit, both at home and abroad. In many situations, travel insurance may be able to help me get home or find medical attention no matter what condition or country I’m in.

Have you ever been in an emergency situation? How would you handle the stress of being in an emergency? Let me know your thoughts in the comments below.