#EuroTour14: Travel Tips from the Emerald Isle
Sochi Problems: A Lesson in Murphy’s Law and the Olympics

Let the Games Begin: Travel Tips for the Winter Olympics 2014 in Sochi 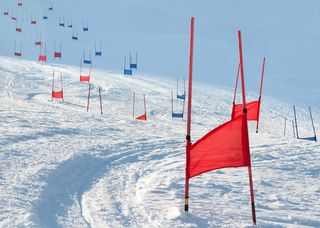 Three words that I believe capture the true spirit of the Olympics. It is with that same spirit that millions will descend upon the resort town of Sochi, Russia this week. This Friday, February 7th , the torch will be lit in Fisht Olympic Stadium, signifying the beginning of the XXII Olympic Winter Games. 88 nations will be represented in competition spanning 90 events, with competition taking place throughout the month of February.

With such an undertaking, the world will be watching everything that happens in Sochi. From the first drop of the puck, to the last curling stone thrown. From the first triple axel attempted, to the running of the final bobsled. Athletes, fans, and tourists alike will bear witness to history at this year's Olympiad.

With the start of the Olympic season comes much preparation and precaution from the Russian government, as well as their international partners. Considering that this is the first set of Olympic Games that is taking place in Russia in over 30 years, there’s a lot of reason for caution when it comes to an event of this size.

If you plan on being one of the many that don’t want to wait for the 2018 Winter Olympics in Pyeongchang, South Korea, to be a part of history, be sure you’re prepared to root on your country before you board a plane, train, or automobile. Here are my best tips for making the most of your Olympic experience in Sochi:

1: Don’t leave home without your Visa
Russian regulations require that many international travelers (including American travelers) have their Visa ahead of time, before their travels begin. In many cases, this requires having a sponsor – such as a tour operator or hotel – to endorse their Visa application. However, during the Olympic Games, the Russian Embassy website states that visitors to Russia can be issued one-month tourist visas based on copies of confirmation letters and tickets for Olympic events. In some cases, you can get your Visa in hand same-day, with proof of ticket. Before you buy your ticket for Sochi, make sure you have your Visa in hand. Otherwise, you could be denied entry to the country - and out a lot of money trying to find your way home.

2: Know the rules and regulations – and what to do in an emergency
Should you end up traveling to Sochi for the Olympic Games, it would behoove one to take a moment to revisit the rules that travelers are subject to while in Russia. All travelers to Russia are required to carry their travel documents with them at all times, and are subject to inspection upon demand. Additionally, throughout the Olympic Games, the Olympic Village will be subject to “controlled” and “forbidden” zones. Should you find yourself inadvertently in trouble, make sure that you are registered with your home nation’s Consulate upon your arrival. The Consulate office may be able to help you in certain situations.

“The Olympics are the first large-scale event to be held in Sochi and medical capacity and infrastructure in Sochi are untested for handling the volume of visitors expected for the Olympics.”

With the major crowds expected and the unpredictable environment that comes with the Olympic Games every season, travel insurance can be your best bet if something were to happen. Make sure your plan covers emergency evacuation and repatriation as well, in the event that you need to be returned to your home country. Our Travel Insurance Select can provide these benefits and more, including emergency assistance while abroad.

May your Olympic experience be one that will bring you joy for years to come, and allow you many great memories. If you’re going to the games, be sure to share your memories with us on our Facebook page! What competitions are you looking forward to the most? Olympic travelers: what advice would you add to this list? Let me know in the comments below!