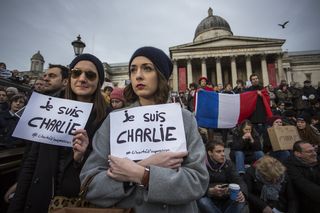 This past year has been tough – we’ll admit. With the Paris attacks that happened this past November, one of the major hubs of study abroad programs is now looked at with fear and reluctance as parents hesitate allowing their kids to venture out of the country. And it’s not even just Paris – study abroad programs all over the world have had a marked decrease in the number of students participating. According to The Setonian, Seton Hall University’s online newspaper, the recent terrorist attacks have caused a decline in the number of students who enroll in their study abroad programs. However, despite the fear factor associated with studying abroad, it’s still a rich, unforgettable experience students deserve to take part in. And as long as they’re insured from terrorist activity, parents should feel some relief while their kids are away. But if you’re still struggling to convince your own parents to let you travel abroad, show them these 4 thought-provoking ideas that might just change their minds!

By staying home, you let the terrorists win

There’s a reason terrorists engage in terrorist activity: to scare the heck out of you. But the truth is, acts of terrorism like mass shootings in public are highly unlikely to occur. That being said, by staying put in your home country out of fear, you’re missing out on a once-in-a-lifetime opportunity. That’s what Jamie Altman of Chapman University felt. She indicates in her article that she was also on the fence about studying abroad in France. After the Paris attacks, the trip she had been planning for a year was under scrutiny by concerned friends and family. But finally, she decided she couldn’t let the attacks keep her from going. “…not taking advantage of this opportunity to spend four months in Paris — out of fear? That would be taking a part of myself and giving it to the terrorists. It would be allowing them to defeat me.”

Terrorism isn’t as prominent as you think

One thing that can be said about us as humans is that we have a tendency to push extremes – whether we are underestimating the risks associated with a particular situation, or overreacting about it and hiding under a rock. This is an example of what psychologists call confirmation bias. People pick and choose the bits and pieces of information that justify their fear. The truth is, yes, terrorism is a risk associated with going to any country – but definitely not as big of a risk as you think. According to Go Overseas, you’re more likely to get injured or die from being struck by lightning or from a car crash than you are from being part of a terrorist attack. Northeastern University professor, Dov Waxman, states that terrorism is mainly a psychological warfare against society, and its main purpose is to instill fear in people – and that’s exactly what it does. “Since people tend to overestimate their chances of being a victim to terrorism, the fear of terrorism is widespread in a society,” says Waxman. Bottom line – terrorism is a mind game that is played to make people irrationally fearful. Don’t fall victim to it!

The media magnifies everything

Let’s take a minute and reflect here. Why have the Paris attacks had such a great impact on people’s views to travel abroad? This is a complicated answer, but part of it is the media. With the endless breaking news segments and online articles published every hour about it, the world gave great attention to the attacks. This nonstop coverage fueled people’s confirmation bias, supporting the fear that traveling abroad is dangerous. But the truth is, these types of incidents are extremely unlikely in the grand scheme of things. As another example, let’s take a look back at the Malaysia Airlines flight crashes back in 2014. Did you notice that once coverage of these events occurred, the media started reporting on even the smallest news related to plane malfunctions? All these stories only fueled people’s avoidance of air travel, believing that flying was too dangerous. But in actuality according to CNN, air travel is getting safer each year. What’s our point here? Don’t let the media skew your views of the risks associated with something. Most times they are blown way out of proportion.

Having insurance is half the battle

In case you weren’t already aware, most schools understand the risks associated with traveling abroad, and as a result, require students to have travel insurance before embarking on the adventure of their collegiate dreams. There are various insurance options, but the type that is imperative during your stay in a foreign country is emergency medical expense and evacuation insurance. According to Dr. Alice Gail, Senior Director of International Education at Brooklyn College, a risk assessment team will generally work with insurance companies to provide the right insurance to students abroad. “If something is terribly wrong, the company will contact students and work with us to see if they need to be evacuated,” she says. Sometimes, knowing you will get quality treatment and care if needed is all the assurance your parents (and you!) need in order to travel comfortably!