The 6 Most Unique Places to Study Abroad

You’ve all read numerous blogs about the best places to study abroad. Pretty much all of those blogs will list out numerous European countries as the best places. According to U.S. News, 53% of American students that study abroad are doing so in European countries, with 12.6% of all those study abroad students going to England. *Yawn* Now don’t get me wrong. I don’t think studying abroad in Europe is a bad idea at all. It’s the hub of Western history, and a great site for cultural and linguistic exposure. But let’s be honest here – there are so many unique and whimsical study abroad destinations you can consider that are fresh and not so over-traveled. And when your best friend is telling you about her rather basic study abroad experience, practicing her English and drinking tea in London, you can tell her about your stroll along the….I don’t know…zebra-filled savannas of Africa. Now, what sounds more exciting? So here it is – the adventure-filled list of the 6 most unusual places to study abroad!

The ice fields of Antarctica 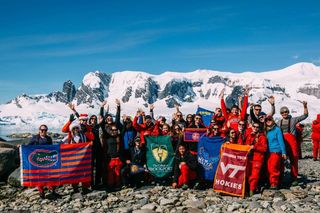 When’s it offered? This year, it’s December 15-30. Generally, it’s during the first 2 weeks of your autumn semester break.

What can you do there? You get to see arctic wildlife in their natural habitats, such as penguin colonies, seals, and whales. You also get the chance to learn more about global environmental issues in-depth.

Why’s it so special? First of all, it’s Antarctica. I mean, could you have ever imagined traveling to and studying in the continent everyone forgets even exists? You get to see actual wild arctic animals in their natural habitat. It’s not the zoo or the Discovery Channel. Also, did you know that Antarctica experiences nearly 24 hours of daylight? You’ll probably never find that anywhere else!

The calles of Cuba 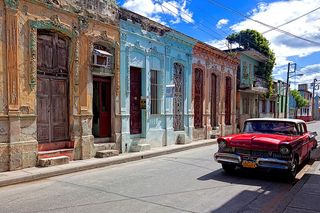 Who offers it? American Programs International (API) offers a few different programs for students, such as the Language and Culture Program, or the Cuban and Caribbean Studies Program.

What can you do there? Aside from practicing your español and getting a great cultural experience, you can explore beautiful beaches, lively Cuban salsa on the streets, and the colorful streets of Old Habana.

Why’s it so special? Ever since The United States and Cuba severed ties in 1961 and implemented the trade embargo due to disagreements on various issues, it’s been hard for American citizens to really get a taste of Cuban culture. This meant that for the past few decades, American citizens were actually forbidden to step foot into Cuba. However, in recent years, this regulation has loosened. So if you’re studying abroad, take that chance and explore Cuba!

The rivers of Chile 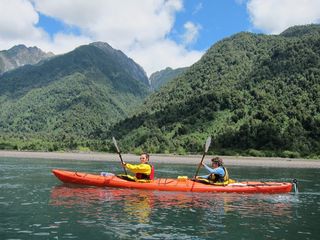 Who offers it? Patagonia Study Abroad offers a special kayaking semester abroad for students who are looking to get some cultural exposure by kayaking through the beautiful rivers of Chile.

When’s it offered? It’s offered during both Fall and Spring Semester, and for those who don’t have the chance to study during that time, it’s also offered during the holiday breaks from December to January.

What can you do there? When you’re not in class or practicing some Spanish, you are pretty much kayaking every single day. Doesn’t matter what your experience level is – this is the ultimate internship for water sport fans.

Why’s it so special? The entire idea of framing an internship around kayaking is pretty cool. According to the program, the way it works is that students take Spanish classes and other types of leadership classes (stuff you’d find at a normal university). But everything else aside from that is about kayaking, as well as using skills you learn in classes, such as leadership and teamwork, and applying them to your kayaking adventures. How unique is that?

The mountains of Nepal 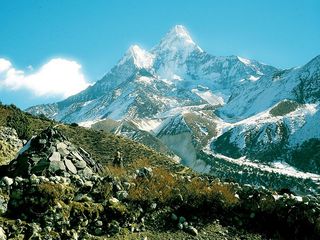 Who offers it? SIT Study Abroad offers a Development and Social Change program to students, where students can take part in the nation’s restructuring of itself.

When’s it offered? This program is offered during the Fall and Spring semesters.

What can you do there? Since you will be visiting an underdeveloped country, you will actually be helping in the restructuring and development of many aspects of Nepal, such as roadways, infrastructure, etc. You will also visit many rural villages and learn how Nepalese people get things done there, a far cry from how we get things done here!

Why’s it so special? The bottom line here is that Nepal is no London, France, or any other wealthy Western European nation where you get to stay in as much luxury as you’re used to in the States. But that’s the beauty of the entire experience. The fact that you will be living out of your comfort zone for 5 months is an unforgettable experience, not to mention the cultural enrichment you’ll gain. And as an added perk, you even get to trek up the Himalayas! Now, what could beat that?

The savannas of Tanzania Who offers it? The School for Field Studies offers a hands-on Wildlife Management Studies program, where students get to spend much of their time out in the savannas of Tanzania, partaking in various activities.

When’s it offered? This program is offered during the Fall and Spring semesters.

What can you do there? You get to camp out with your group at Serengeti National Park, where you observe wildlife in their natural habitats, such as elephants, lions, cheetahs, leopards, hyenas, etc. You also get the unique opportunity to experience East African culture, as you meet local Maasai people, learn their dances, and partake in their culture.

Why’s it so special? This will probably be the only time you will get to see wild animals so up-close, out of a zoo. You’re observing these animals and their behavior from their natural habitat, and you get to be a part of that habitat too, as your quarters will be in the middle of these plantations, among the acacia trees. And most importantly, if your major is related to ecological or environmental sciences, you get the chance to conduct original research as you observe and interact with these animals. Be the next Jane Goodall!

The temples of Cambodia & Thailand 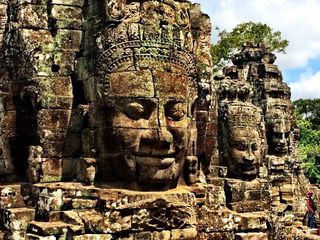 Who offers it? Wisdom Study Abroad offers a breathtaking program which allows students to explore both Thai and Cambodian culture at their roots.

When’s it offered? This information changes each year, but you can contact them to get the latest update here.

What can you do there? As both Thailand and Cambodia are both religious nations that follow Theravada Buddhism closely, you will explore beautiful Buddhist temples, study the sacred architecture of these temples, and learn about Buddhist philosophy. You even get to plant rice with local farmers! If you’re a do-gooder, no worries – volunteering opportunities are abundant.

Why’s it so special? As these countries are heavily rooted in Buddhist ideas, as well as influenced by the architecture and culture of India, you will get the chance to experience cultural enrichment to a whole 'nother level. From the beautiful Angkor Wat to the traditional dances, there’s always a back story to learn that merges many cultural influences. Plus, where else can you learn the art of meditation from an actual monk at the monasteries?

Posted at 11:00 AM in International Travel, Vacation Destinations | Permalink | Comments (1)