4 Budget Travel Stories Guaranteed to Bring out Your Inner Traveler

By now, you all have the tools to travel on a budget, and spend wisely while on vacation. We’ve spent the last few weeks helping you understand the benefits of keeping a budget, and even let you in on some cool apps that make budgeting easier for you. All you need now is some inspiration - To know that there really are people out there that are able to have the best vacations of their lives simply by either following a budget, taking advantage of special deals and discounts, or coming up with an entirely new strategy on their own. So without further ado, it’s story time! Here are 4 budget travel stories that will motivate you to unleash your inner budget traveler! 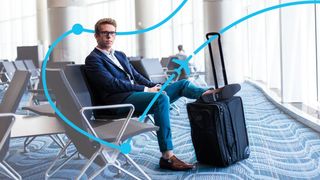 This is one of the most outrageous, yet brilliant budget travel stories there is to tell. When New Yorker, Ben Schlappig was just 14 years old, he read somewhere that an airline company would award points for more miles traveling. He then proposed an interesting idea to his parents. He told them that he would spend the entire summer traveling back and forth across the country, and that as a result of accumulating points, the entire family would be able to travel to Europe the following year in first class. His parents reluctantly agreed to the idea, which is what started it all.

11 years later, Ben travels an average of over 400,000 miles a year, only in first class. He runs his own blog where he informs his readers of special deals that different airline companies are offering, and he also has a running log of his voyages throughout the world on Instagram. Ben isn’t a rich aristocrat with billions to shower away on hundreds of first class flights every year. He simply acquires frequent flyer points and redeems them. If you’ve never cared for frequent flyer programs before, you should now. 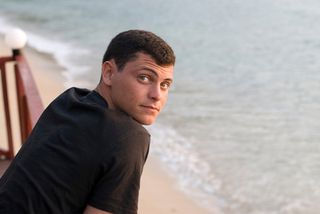 Matt is someone I can relate to on a personal level. At the age of 23, fresh out of college, and working in a cubicle, Matt hadn’t really had too much experience traveling abroad before. The only real trips he had taken before were a cruise, and then a college trip to Montreal. Aside from that, he didn’t know much about traveling.

That all changed with his 2-week trip to Thailand. During his vacation, he spent his time at temples, in the jungle, and at the Elephant Sanctuary taking care of elephants that had been injured or abused at tourist parks. It was then that he realized that in order to have a worthwhile vacation, he didn’t necessarily need to have a lot of money, stay in luxury hotels, eat fine foods, or go on sightseeing tours with other tourists.

He realized it’s all about the experience of meeting the locals, enjoying the attractions people never talk about, and focusing on helping out the community. By doing this, he not only saves a lot of money, but has been able to write many touching stories about his life-changing vacations around the world, and how anyone can travel on a budget despite any restrictions they think they have. 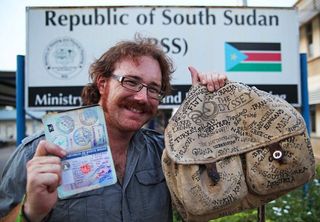 If you’re traveling to a country overseas, you will obviously need to book a flight ticket overseas, right? Uh, well not if you’re Graham Hughes. This British man has gained so much acclaim in the travel world for being the first man in the world to travel all 201 countries in the world without riding a single plane! His initial motivation for traveling the the world was brought on by someone telling him it wasn’t possible. He wanted to prove them wrong.

In December 2008, he ventured off on a boat to Uruguay and Argentina. From there, he enlisted the help of friends and strangers to get across bodies of water. He ended up going to Africa by hitching a ride from local fishermen. Local police officials thought he was a drug smuggler and put him in jail for a couple weeks. He went through a lot of trouble to get to all the countries in the world, but it was well-worth it. He survived on less than $100 a week, solely on couchsurfing, getting help from others, and transporting himself from place to place through not-so-luxurious means. He now holds a spot on the Guinness Book of World Records! 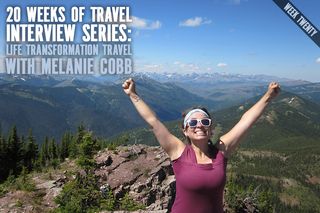 Melanie was an accomplished, well-settled woman. She was principal at a school in the east coast, and had many luxuries in life. After ten months of doing research on budget traveling and places to go, she decided that a typical, simple life wasn’t what she wanted. She wanted more adventure, so she gave away everything, quit her job, and embarked on a journey across the country. She would make money by doing favors to members of the community, couchsurfing where she could, and finally, learning to stop stressing about money.

As of 2014, Melanie has been all over Europe, Mexico, and 49 of the U.S. States. She has gotten everywhere by spending only $84 on accommodations throughout the entire calendar year. She spent most days sleeping either in her car, or couchsurfing. What you can learn from Melanie is that vacationing and traveling is not a luxury that only certain people can have. It’s all about using your resources efficiently, and trusting the locals enough to stay with them.

These four travelers really showed the world how traveling isn’t as cut-and-dry as we like to imagine it. It’s not something that has to be a rarity, a luxury, or something typical. As important as it is to get insured before going anywhere, I encourage you all to think outside of the box, and maybe ditch your idea of staying at a beach resort in Cancun this summer. Not only is this going to put a dent in your wallet, but there’s probably a bigger, more inspiring adventure waiting for you out there that you can have if you just follow a travel budget!

Hi , Chaitanya Bala
In this Modern time travelling is not a issue But travelling in Budget is first thing. There are so many travel agency is there but all are not good . I read your Article , they provide good information , how to travel with in low cost budget and provide some apps which are helpful for everyone . And those 4 story is really help for me and who those want to travel .

For families or groups, renting can be a lot cheaper than paying for the same number of beds in a hotel. Renting is a particularly good option in smaller destinations where hotels are scarce, or in major cities where hotels are ultra-expensive.