3 Places You Need to See in Koreatown Near Washington, D.C. 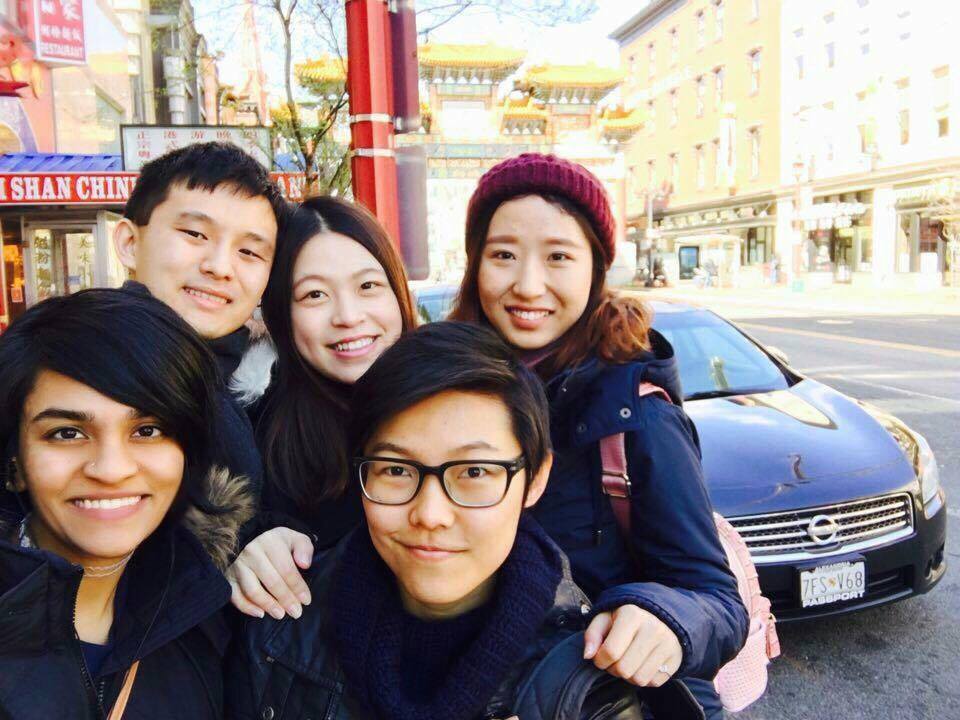 This past weekend, I ventured out on a road trip to Washington, D.C. for the Cherry Blossom Festival with a few friends. Our original plan was to get there in time to attend the famous Blossom Kite Festival, where hundreds of children and families would be flying their kites out by the Washington Monument. Plus, we were also going to get some amazing shots of cherry blossoms, like the ones you see in Japan. But to my chagrin, we didn’t make it in time for the event and the cherry blossom bloom had pretty much ended. The peak bloom had occurred on March 25th, so we had already missed it. I was pretty bummed about it at first, and since I had already been to the plethora of museums and monuments, what else was I really going to see that I hadn’t seen before? That’s when I realized there’s a Koreatown tucked away within a stone's throw of our nation’s capital. What’s so great about Koreatown, you ask? Well, keep on reading.

Just a 15 minute drive west of D.C. is the unassuming city of Annandale, Virginia. With over 25% of Annandale residents being of Asian descent, and a majority of them being Korean, central Annandale is actually referred to as Koreatown. So what exactly did we find in this small town in Virginia? Behold: 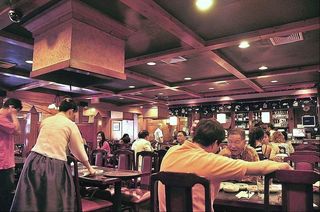 We went to Yechon, a Koreatown restaurant that is actually well-known throughout the country and has been featured on Fox 5’s segment of “Will You Eat There?”. It was a very interesting experience. To start off, I immediately noticed that all waitresses were dressed in hanbok, a traditional Korean costume, that’s usually only worn for formal events today. We ordered some Korean barbeque, and here's the fun part: they cook it on a portable grill they bring right to your table! When in Yechon, two things you must indulge in are the bulgogi and a glass of soju for good measure. And since Yechon is one of the few restaurants out there that are open 24 hours/day, you don’t have to limit yourself to dinner.

I literally cannot explain how cute Breeze Bakery Café was. In case any of you are not familiar with East Asian products, one thing that can be said about them as a whole is that they tend to be very cutesy and colorful, and try to exude the idea of youthfulness. And this was exactly what I saw at the bakery. Yeah, they had the usual products you find at a bakery: cookies, macarons, and cake pops. But, seriously, take a look at these: 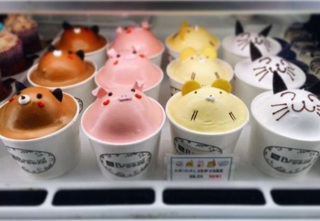 Have you ever seen such cute desserts?!

But for anyone who’s actually looking for a taste of Korea and something kind of new, definitely try out Breeze’s bingsoo. Bingoo’s a frozen Korean dessert, mainly consisting of a base of shaved ice, sweet red bean, any fruit you desire, and ice cream – and it’s pretty darn amazing. Definitely check out Breeze for dessert after a nice hearty dinner at Yechon! If there’s anything about Korea that’s caught the attention of the mainstream public across the world, it’s definitely got to be the cosmetics. It’s created such a buzz, that even Sephora has its own line of products based on popular skincare and beauty trends in Korea. Sephora’s great and all, but we want the real stuff, right? Well, since there is such a huge Korean population in Annandale, one of Korea’s leading cosmetic brands, Tony Moly has a boutique where you can purchase some cool products you probably can’t find in American boutiques. My weekend exploring this little neighborhood had me even more hyped up for my next adventure (which I hope will be South Korea!)

In the end, I had a pretty fun trip. Initially, I set out to Washington, D.C. with the goal of telling all our readers an amazing story about the kite festival. Unfortunately, things didn’t go as planned. But despite this, I still found a story worth telling and for anyone interested in Asian culture, Washington, D.C. is definitely worth checking out! The museums and monuments are great, but there really is a world left unexplored. And lastly, don’t fret if things don’t go as planned – you just may run into a spur-of-the-moment adventure☺

Oh, and in case anyone does still want to attend the Cherry Blossom Festival, there’s an awesome event coming up on April 16th, called Sakura Matsuri, which is a Japanese Street Festival where you can enjoy live performances all day. Of course, make sure you get there early so you don’t run into the same situation as yours truly!

And when you travel, whether  it's across the region or across the world, we always recommend travel insurance to protect yourself from the unexpected. If you simply need travel medical coverage when you're away from home, check out our travel medical insurance options. If you're seeking a more comprehensive trip cancellation plan, we have that too. And if you travel frequently, consider the Voyager Annual Travel Insurance plan, providing coverage any time you go on a scheduled trip more than 100 miles from home during the plan year.

Posted at 09:00 AM in Vacation Destinations | Permalink | Comments (0)