What to Know Before You Travel to Cuba – USI Affinity

The Pros and Cons of Cuba: Here’s What to Expect. 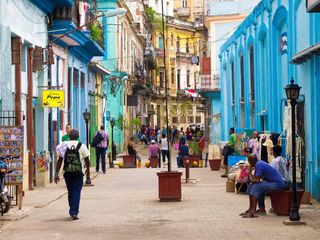 Have you been dreaming about taking a vacation to Cuba in the near future? Well good news! Now that the U.S. has kind of eased up its restrictions on American citizens visiting Cuba, you can finally turn that dream into reality. Cuba’s a beautiful country, full of unique cultural richness and beautiful beaches. But be warned – due to the significantly different government and political structure of Cuba, you’re going to experience some drastic changes from what you may be used to on a typical vacation. Some of these changes may not sit well with some of you. And if this list scares the heck out of you, having travel insurance might be a good idea so you can cancel your trip if need be. But if you’re up for the challenge, keep reading and just be prepared. Here’s what to expect when you go off to Cuba – both the good and bad.

If there’s one thing that Cuba is world-renowned for, it’s the cigars. These cigars are wrapped with the highest quality tobacco grown right in Cuba and are among the best tobacco products in the world. If any of you are tobacco aficionados, you’re probably aware of, and kind of bummed, about the embargo that has been placed against Cuban imports in the U.S. But when you’re in Cuba, you can relish to your heart’s desire!

The chance to drink a real mojito

Now, I know what you’re all thinking. Psshhh….we can get good mojitos right here in the States! After all, all you need is some rum, lime juice, and mint, right? Uhh, wrong. You might think you make the best mojitos ever, but until you’ve tried a legit Cuban mojito on the island, you ain’t seen nothin’. These mojitos use yerba buena, a special variety of mint found right on the island. Don’t miss out! 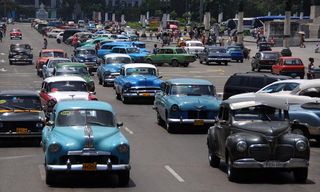 Something most people don’t realize about Cuba is the majority of people in Cuba drive rather vintage looking cars. Why’s that? Well, after Fidel Castro came into power, the import of U.S.-manufactured cars became illegal in the country. This means that all the American car models you’ll see, including many taxis, will be from the 1950s or prior. For history and car buffs, this will be quite a treat!

If you’ve ever gotten frustrated with commercials on T.V. wishing they’d just go away forever, you will definitely want to take a trip down to Cuba. In Cuba, advertising is not exactly commonplace. If you’re watching a Cuban television channel, or on the roads, the chances of you running into an advertisement are slim to none. And due to the political structure of the country, there’s not much incentive to advertise – most goods and services are provided for by the government.

This may be perceived as a huge disadvantage by most of you, but cell phones are virtually useless in Cuba. With mobile phones having been banned in the country until 2008, cell phone usage in Cuba remains the lowest among all of Latin America. You’re definitely not going to be able to use your phone as freely in Cuba as you might be used to when you travel to other countries. Be prepared for it and do your research. Get a prepaid phone if you want, or make other arrangements to communicate with people back home.

Paying with a debit card is hard

Most of you are used to carrying around your debit or credit card and shopping away, right? Well, if this was your plan, think again. Most debit and credit cards are not accepted in Cuba! Only in November of last year did MasterCard make a deal with the Cuban government to allow their cardholders to pay using debit cards. So if you’re planning to stock up on Cuban goods and souvenirs, bring lots of cash or switch to MasterCard.

No shopping malls around 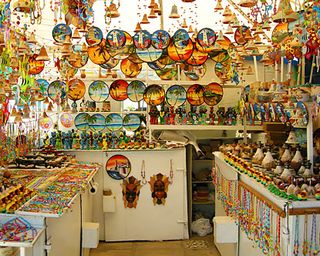 Yeah, this can be very disappointing to a lot of you. If your idea of an amazing vacation is indulging in the local shopping centers of the country, you’re not going to be happy in Cuba because commercial shopping is not common. At most, you can find some cool vintage bookstores, if you’re into Cuban literature. But if you’re looking for specialty goods in Cuba, you really should focus on the cigars, rum, and the arts – as these are the gems of Cuban culture.

A lot of us in the U.S. really don’t give internet that much credit. It’s just about as abundant to us as air. We use it pretty much every second of every day. Even while we’re sleeping, we’re probably still streaming something on Netflix! You can’t really afford to do this in Cuba. Internet in Cuba is expensive, highly censored, super slow, and you can probably kiss streaming T.V. shows on Netflix goodbye while you’re there. Plus, if you’re planning to stay at a friend’s house in Cuba, using the internet is actually illegal.

So there you have it – the advantages and disadvantages of visiting Cuba. Here’s the thing: Cuba is a beautiful country. It has beautiful beaches, and Old Habana is a colorful, picturesque little town that’s great to relax and unwind in. But in order to enjoy your time in Cuba, you’re going to have to travel there with an open mind, let go of what you’re used to, and practice putting your electronic devices away for a few weeks in advance. When you learn to enjoy the nature and culture of Cuba without any distractions, you can truly enjoy your experience!