We all know about the Great Barrier Reef – whether you heard about it from your adventurous aunt who went scuba diving there, or you simply watched Finding Nemo a billion times. You’ve probably heard great things about it, like how majestic, picturesque, and downright gorgeous it is.

But, there’s a problem now. 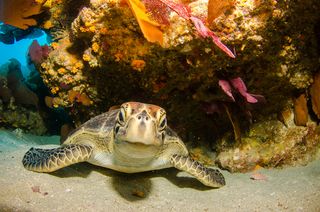 As of late, the Great Barrier Reef has been struggling tremendously. Due to general climate changes, coral bleaching is a threat to the Great Barrier Reef, killing off the area's coral. Given that this is a huge concern for Australia’s environmentalists, the Great Barrier Reef was placed under the United Nations’ In-Danger Watch List. Soon after, a few authority figures in the coalition, including the Minister for the Environment made the claim that the coral reef is no longer in danger. However, this story doesn’t really add up because ironically enough, corals are still dying. Whether you believe what you read in the news or not, there is one thing we know for sure: The Great Barrier Reef is in danger, and its days may be numbered. So here are 4 reasons why you need to visit it while you still can.

Because it has such a rich history 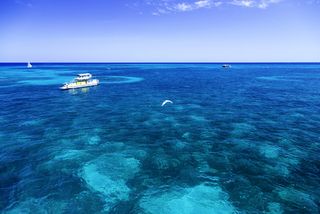 The Great Barrier Reef is estimated to be around 18 million years old. And a lot of the coral reefs you can see as you go diving down there have been growing on top of older reef structures since the last Ice Age! Aside from the fact that this is one of the oldest natural structures in the world, there’s also a lot of social significance associated with the Great Barrier Reef. Famous explorers, from James Cook to Matthew Flinders have voyaged here over the ages. Plus there are about 30 shipwreck sites you can visit too, if you’re a history buff.

Because there’s so much diversity in the marine life 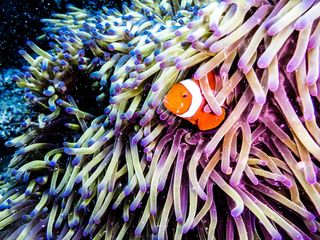 With the Great Barrier Reef being as old as it is, it’s no surprise that several species have evolved in that area overtime. In the Great Barrier Reef, you can find up to 2,900 individual coral reefs. Aside from that, there are thousands of different species of fish, turtles, sea snakes, whales/dolphins, hard corals, snails, clams, and much more. This is the ultimate place to enjoy seeing so many beautiful marine animals. You probably won’t be able to scope out each and every species in that time frame, but you can check out a heck of a lot more than the local zoo. And hey, you may even find Nemo!

Because you’re allowed freedom in your activities 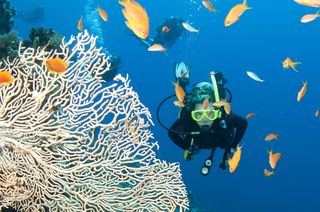 What you may notice about most other marine parks around the world is they are rather restrictive. You’re pretty much limited to taking selfies next to the body of water, and maybe engaging in some underwater activities – but nothing is yours to keep. But the Great Barrier Reef’s Marine Park isn’t like that. It’s not an artificial park managed by a company, so there aren’t restrictions around engaging in commercial practices, like fishing or taking a piece of nature with you. So if you want to catch your dinner for the night, or are a shell collector and want to stroll along the shore looking for exotic new clam shells to add to your collection, go for it!

Because it’s truly nature’s gift to the world 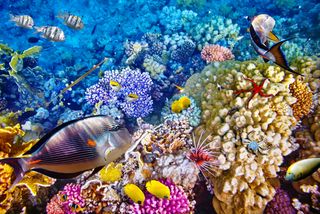 There’s a reason the Great Barrier Reef sees thousands of visitors and tourists every year. It’s the world’s largest coral reef, and a beautiful, diverse one at that. Aside from just enjoying the reef, you’ll be able to engage in many fun activities while you’re in the area, such as snorkeling, eating some of the freshest seafood in the world, and learning a thing or two about indigenous Australian culture. But listen up everyone – the Great Barrier Reef is in danger. We don’t know how long it will take until its entire ecosystem collapses. So seize the day and go visit this beautiful wonder because it's truly a once in a lifetime experience!