In Rio For the Olympics?
Follow These 4 Safety Tips! 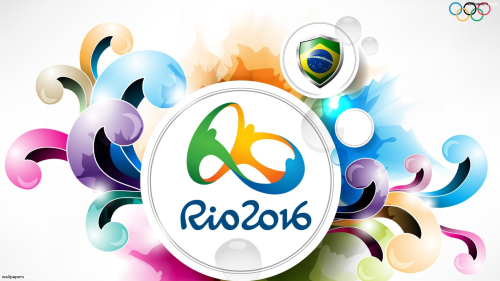 It’s the moment we’ve all been waiting for! The start of the 2016 Olympics in Rio de Janeiro, Brazil. While some of us are going to be lounging back on our couches as we enjoy the various Olympic competitions, some of us are actually going to be in the breathtaking, picturesque Rio de Janeiro, watching the Olympics up close and live. It’s an amazing experience that everyone who’s a fan of the Olympics should get a chance to experience at some point in life. The 2016 Olympics is going to be a real treat for those attending it live; not only because of the various competitions to be viewed, but also because it’s going to be in one of the most beautiful seaside cities in the world. However, as gorgeous as Rio de Janeiro and the entire nation of Brazil is, there are also many safety concerns associated with being a tourist there. So how can you make sure to stay safe? Let’s find out!

Watch out for pickpocketers

Let’s face it – Brazil is not exactly the wealthiest country on Earth, and furthermore, it is a country where poverty is quite prevalent. With that being said, it’s very likely that pickpocketing may be a problem if you’re not careful. To take measures and ensure that you don’t become a victim of pickpocketing, there are a few things you can do. Firstly, wear your backpack in front – kind of like holding a baby in a baby carrier. This way, you can see exactly what’s happening to your backpack. Additionally, pack all your important valuables, like cash, cards, and passports, in a fanny pack, and tuck it under your shirt. It would be quite difficult for a pickpocketer to reach into your shirt and tug off your fanny pack without you noticing.

Earlier this year, we discussed that Zika Virus has been a huge problem in South and Central American countries, especially in Brazil. Due to the fact that tens of millions of people residing out in the Americas have been exposed to the virus, it’s extremely crucial to make sure you take all measures to shield yourself from the most prominent transmitter of the virus; mosquitoes. Always make sure to use a good repellent, preferably one that contains DEET, a potent chemical which effectively keeps mosquitoes away. If you have no idea where to begin looking for these specific mosquito repellents, check out our suggestions!

Leave the expensive stuff at home

Firstly, if you’re in Rio for the Olympics, you’re probably going to be seated for the majority of the time, spectating the various sporting events. Secondly, with pickpocketing and mugging being a prominent issue in Brazil, there is absolutely no reason for you to be walking around Rio in expensive attire; you’d just be inviting trouble if you did. Leave any expensive jewelry, including gold and diamonds back home. If you’re a man and you’re thinking of sporting your new Brooks Brothers loafers – bad idea. Firstly, they probably won’t be too comfortable in the 80°F humid weather of Rio, and secondly, you’re going to be a target of potential violence. Don’t flaunt your high taste if it means risking your safety.

Do as the Brazilians do

Acting like a foreigner is the easiest way to put yourself in a vulnerable state. Obviously, it's impractical for you to change your identity and become a local instantly. However, it is possible to take measures to ensure you don’t stick out like a sore thumb. For one, learn some basic Portuguese phrases – at least enough to allow you to move around from place to place without much trouble. Secondly, attire is very important. Obviously, you don’t want to wear any expensive clothing or accessories, but also, there are certain items of clothing which are better options at helping to blend you with your surroundings. Invest in a pair of flip flops, or sandals and stick with casual attire, including jeans and a t-shirt, or perhaps bermuda shorts and a shirt. This message board on TripAdvisor may provide you with additional insight.

Enjoy your time in Rio! With the Olympics action just beginning, and the beautiful city just waiting to be explored, you’re probably riled up with excitement and anticipation. But as always, it’s important to stay safe and be aware of your surroundings. So good luck in Rio and have fun!