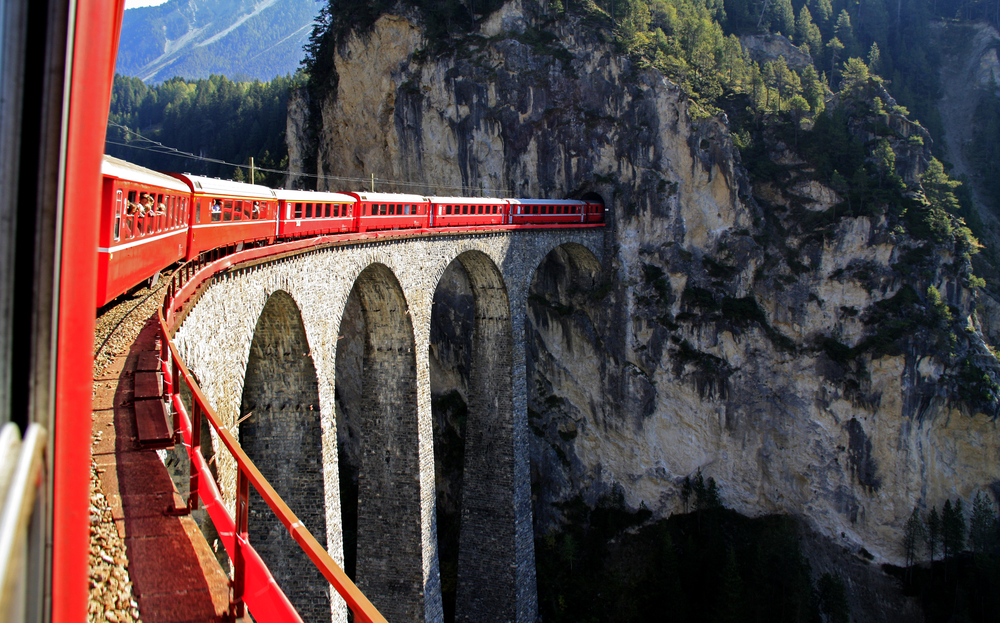 European trains offer travelers an inexpensive and easy way to travel between countries, and as with any type of travel, safety should always be on your mind. This is especially true if you’re new to the area and unaware of local customs or train etiquette.

Luckily, with a few safety tips in mind you can enjoy the convenience of train travel without stressing about safety. So sit back, relax, and watch the changing countryside flash by you.

Use your phone to quickly research reviews of the routes and trains you’ll be taking, this is especially important if you’re bouncing around between train routes, some of which may be poorly maintained or staffed.

“After researching on the Thorn Tree forums about the train ride from Budapest to Kiev, I decided to fly instead, because there had been recent reports from several travelers about thefts,” said Kathleen Crislip, Student Travel Expert.

This is also a good opportunity to double check that there aren’t any train strikes happening either, which would derail your trip. Use forums like the one Crislip listed or refer to your travel network if you’re already part of one. If you know anyone that lives locally, they may have some insight, as well.

Sit Near the Door

While it’s unlikely that there would be an evacuation, sitting near the door puts you in the best situation to get off the train quickly. These seats are usually open because most want to avoid breeze from the door opening, especially during the winter. If you can’t sit in the first row, choose seats as close to the entrance as possible and be aware of where the closest exit is.

My husband and I were traveling through Germany, and neither of us have any knowledge of the language. While many people in Germany speak English, making it easy to get by day-to-day, the train conductor, who was explaining why the train suddenly stopped, did not.

As we watched people file out the doors, we had no idea what was going on. Luckily, a Good Samaritan saw how confused we were and explained in English that it broke down and we needed to leave and wait for another. Had we known a few basic words, we may have been able to figure this out ourselves, avoiding the need to rely on others; we got lucky that this person spoke English and helped.

There are many languages commonly spoken in Europe, depending on where you are traveling; two of the most prominent being French and German. Brush up from learning in high school or spend some time learning basic words and phrases before your trip.

Keep Your Bag In Sight

Depending on the train you’re riding, you could be sitting next to another traveler or a local commuter. You never know who’s around you, so keep your items close to your body and within your sight at all times. Hold your bag under or between your legs and keep your passport on your person where you can easily check for it.

While this seems like an obvious tip, it’s easy to get comfortable after traveling for even just a few days. The more relaxed you get, the more likely you are to forget that you’re in a foreign country.

This is a Rick Steeves tip that shouldn’t be ignored. A few things to look for:

The goal is to avoid rubbing a local the wrong way, which could end in confrontation. Steeves says he always aims to be the quietest one on the train; perhaps this is a good rule of thumb for you, as well.

Be Wary of Sleeping in Train Stations

Hotels are expensive, and if you have just a few hours between trains, you might decide to sleep in the train station instead of shelling out. However, sleeping in a large public space puts you at risk for theft. To avoid any issues, sleep with your head or legs on your bag and keep as much on or under your body as possible to deter potential thieves. Hostels and temporary room rentals are inexpensive options as well.

Traveling by train is not only convenient, it’s also fun and allows you to relax between long distances. Keep these tips in mind to make the most of your travel without having to deal with theft or confrontations.

BIO: Jessica Thiefels has been writing for more than 10 years and has five years of experience in the marketing world. She recently spent 3 weeks traveling around Europe by train, with stops in Germany, Netherlands and France. When she’s not traveling or writing she training fitness clients. Follow her on Twitter @Jlsander07.

Okay good, this is really a helpful article for travelling in the Europe by train but we offer the tourists safety travel in Dolomite. Our expert guide will guide you and you will enjoy the tour fully.

than you very much u've helped me a lot i didn't know all this informations. do you have any informations about which cities have cheap transportation fees ? in Europe of course ..