Traveling to South Korea for the Winter Olympics?
Celebrating Black History Month Across the Country 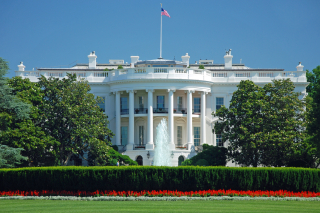 President’s Day is a holiday commemorating the nation’s former and current leaders. From coast to coast, and sea to shining sea, there are hundreds of parks, memorials and the like honoring the national pride and history of the presidential office.  Not sure where to go to really celebrate the long weekend? Check out our list for ideas! 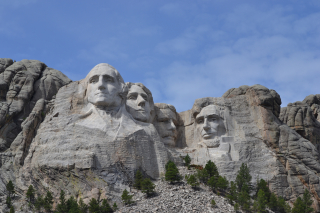 1) SOUTH DAKOTA: Rising high above the tree line of the park below, national figureheads George Washington, Thomas Jefferson, Theodore Roosevelt and Abraham Lincoln. They forever look out upon the country they have helped liberate, unite, and develop through both actions and words that continue to influence rising generations. The Mount Rushmore National Memorial, located in South Dakota, is an infamous American landmark and popular historical travel destination, symbolizing not only the nation’s history but also “a promise for the future.” Plan your visit to this national treasure on it’s official website here. 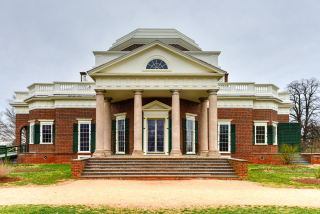 2) VIRGINIA: "No occupation is so delightful to me as the culture of the earth, and no culture comparable to that of the garden...But though an old man, I am but a young gardener." Thomas Jefferson is well-known as an American Founding Father, the writer who penned the Declaration of Independence, and the third President of the United States. However, a visit to his plantation home of Monticello presents a glimpse into his life beyond these iconic roles. Located near Charlottesville, Va., The Jefferson Monticello is open to the public for visits and tours, preserving the plantation’s historical integrity as well as educating visitors on the man behind the house. It is famous in part for its historic gardens, which were designed as a sort of showpiece, used to grow food and also dedicated to experimenting with plants from all over the world. Learn more about the home and its gardens here. 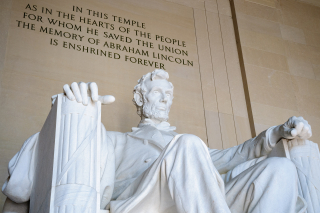 3) WASHINGTON, D.C.: "In this temple, as in the hearts of the people for whom he saved the Union, the memory of Abraham Lincoln is enshrined forever." These words are carved into the stone that sits above the likeness of President Abraham Lincoln, famed for his role in navigating the country through the Civil War. The Lincoln Memorial is one among countess structures and memorials paying tribute to the accomplishments and lasting influence over the nation shared by its various leaders.  Washington D.C. is the capitol of the United States, as it has been since 1790, housing its presidents and serving as a commonplace to preserve American history. From touring the acclaimed Smithsonian museums to stepping through the doors of U.S. history firsthand at the White House, Washington D.C. has a lot to offer for a weekend getaway.  For more information about the Lincoln Memorial, click here.  To plan your trip to Washington D.C., click here. 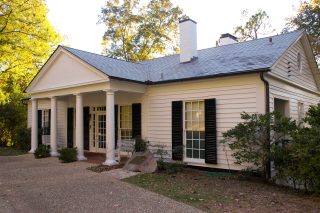 4) GEORGIA: Hidden in away in Warm Springs, Georgia, famed President Franklin Delano Roosevelt erected his getaway home turned historical site, better known as the ’Little White House’.  He traveled first to Warm Springs hoping that the local spring waters would improve his struggle with polio. Though the waters did not serve as a cure, he returned nearly each year to the area and even carried out official political duties at the house. To further mark its presidential significance, John F. Kennedy as a presidential candidate and Jimmy Carter while opening his general election campaign have spoken at the house. Today the Little White House and its pools and springs are a part of the Georgia Department of Natural Resources State Parks and Historic Sites. Next to the house is the Roosevelt Warm Springs Institute, serving as a vocational rehabilitation center. For more information about the Little White House, visit the website here. 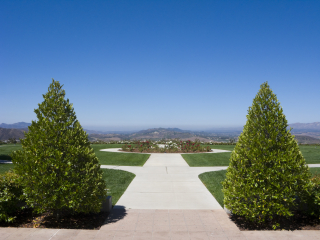 5) CALIFORNIA: Nestled on a mountaintop about 45 minutes outside of he Ronald Reagan Presidential Library And Museum The library, administered by the  National Archives and Records Administration (NARA), houses presidential records from its namesake’s administration, including over 60 million pages of documentation and 1.6 million photos. The building itself is a representation of the “shining city on a hill” President Reagan spoke of, according to the library’s website, and is his also his burial site. To learn more about library, click here.

The White House, though physically based in Washington D.C., is rooted in the history of every one of these United States. This list is only a snapshot of the numerous parks, monuments and memorials preserving both the pride and legacy of the U.S. presidential office.  Be sure to check out what presidential historical sites are near you!

Wherever you travel this President’s Day weekend, travel with peace of mind knowing that your trip is protected with Travel Insurance Services. Learn more on our website.