Where it began, where it continues: Celebrating July 4th in Philadelphia 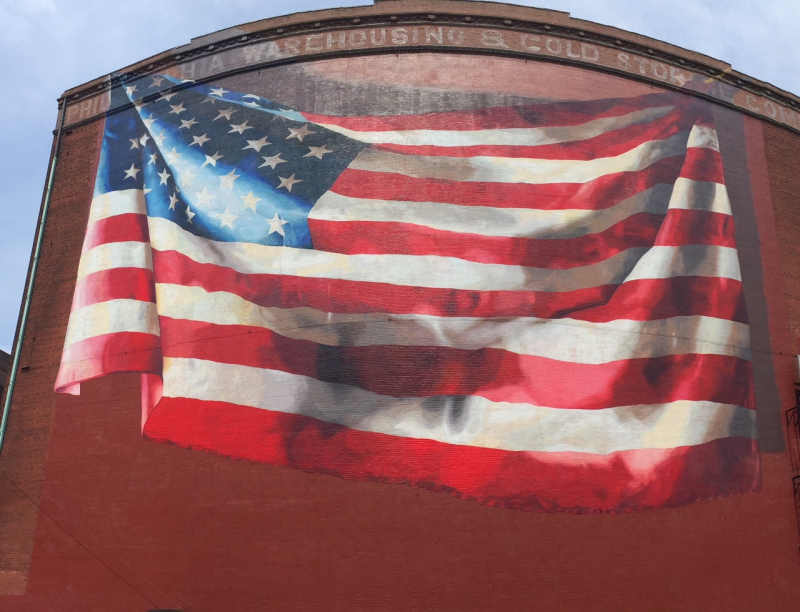 On July 4th over 240 years ago, a room full of delegates and appointed officials signed into being a new nation built on ideals now nearly synonymous with the American way of life.  On that day, there was no certainty that the United States would win their battle against England but there was trepidation, determination, and courage. Little did the Founding Fathers know what they would create with their signatures when they signed into being the Declaration of Independence. This Wednesday marks July 4th- an annual holiday commemorating the birth of America and celebrating the American people.

Where history began and where it continues

In 1682, nearly one hundred years before the historic signing of the Declaration of Independence in Philadelphia’s Independence Hall, William Penn arrived seeking to settle a land of religious tolerance for himself and his fellow Quakers. This vision was realized through the formation of his namesake Pennsylvania and, within it, Philadelphia- a name combining the Greek words phileo – meaning ‘love’- and adelphos- meaning ‘brother’- which has led to its famous nickname as “the city of brotherly love.”1

Today, Philadelphia still holds its place as a major American city. It is both a modernized tourist attraction and a glimpse into its history as the birthplace of the United States of America. Being that USI Affinity’s headquarters is located in this remarkable city, we are presenting you with a list of five (out of the many) must see locations in Philadelphia for the 4th of July.

Nestled among the busy streets of Philadelphia’s Old City, the tower and steeple of stand tall against the backdrop of high-rise office buildings and skyscrapers. An anachronism serving as a bastion for American history, Christ Church was Founded in 1695 as the first parish of the Church of England in Pennsylvania2.

Once the tallest building in America until 1856, the current structure was erected in 1744 with its steeple and tower added in 1754 with funds collected by famous parishioner Benjamin Franklin2. It was in this church that many important figures in American history- such as William Penn, Benjamin Franklin and George Washington- met and worshiped. This common gathering space played a crucial role in the Revolutionary era as it not only served as a common ground for these American figureheads but it also welcomed the Continental Congress, hosted President George Washington and other legislators during national days of prayer, and symbolized the new nation’s break from the Church of England. According to the church’s website, it was in Christ Church that “the Protestant Episcopal Church in the United States was created from the ashes of the Church of England.”3

Today, approximately 250,000 visitors each year come to see the historic church and its burial ground, wherein seven signers of the Declaration of Independence and five signers of the Constitution are buried. It is open for tours and also serves as an active Episcopal Church with weekly services. 3

Fun Fact: Christ Church is where the American Episcopal Church was formed.

2. The Museum of the American Revolution

The Museum of the American Revolution has recently been opened in the city that the war for independence began- Philadelphia. The new 118,000 square foot museum not only showcases its collection of artifacts from the Revolutionary War and the Revolutionary Period, but immerses visitors into the historic time period.4

The museum has thirty-one audiovisual experiences, twenty life-like figures and ten theaters among its hundreds of artifacts4. In addition to highlighting the stories of the Founding Fathers and Revolutionary War soldiers, the museum provides an “inclusive picture of the American Revolution that is often overlooked by other institutions” 4 by including stories from both enslaved and free Africans, Native Americans, and women.

Fun Fact: According to the Museum of the American Revolution’s website, one of the most “anticipated pieces in the museum is General Washington’s Headquarters Tent, an iconic piece of history where President George Washington slept and made world-changing decisions.“4

In 1682, visionary William Penn first docked on the shores of what would become the foundation of his place in American history- Pennsylvania.1 Today, Penn’s arrival in what would become his namesake state is celebrated through Penn’s Landing, a stretch of the Pennsylvania bank along the Delaware River Waterfront. Despite its name, the Penn’s Landing that exists today as a popular tourist attraction is not exactly where Penn landed or made the infamous treaty with the Lenape Indians granting him the land that is now Pennsylvania. That location is actually several miles north of Penn’s Landing. Regardless, Penn’s Landing blends in with the historic district of Philadelphia along the edge of Old City. It hosts numerous concerts and events all throughout the year- including movie screenings, open air concerts, ice skating and fireworks for the 4th of July.5

4. The Philadelphia Museum of Art (and the Rocky Statue)

Hailed as the third-largest art museum in the nation, the Philadelphia Museum of Art is located at the end of the Benjamin Franklin Parkway in central Philadelphia and overlooks the Delaware River. Founded in 1876 as a museum for decorative arts located in Memorial Hall, the Philadelphia Museum of Art was relocated in 1928 to its current Greek-inspired building6. Today, the museum features a wide variety of Renaissance, American, Impressionist, and Modern art.6

In connection with the famed museum is another celebrated Philadelphia must-see attraction. At the bottom of the stairs leading to the East Entrance of the museum is the famous Rocky Statue. This bronze statue was created in the likeness of actor Sylvester Stalone’s character Rocky Balboa for the filming of Rocky III. Stalone donated the statue to the city of Philadelphia where the movie took place and it has become a popular tourist attraction.7

Fun Fact: The stairs leading to the East Entrance of the Philadelphia Museum of Art are well known as the “The Rocky Steps”, an attraction that, like the Rocky Statue, was made famous by the Rocky movies. The steps have even been declared as the second most famous movie filming location in the entire world.7

What better way to celebrate the birth of a nation than at the very place the Founding Fathers signed the country into being? Philadelphia’s Independence National Historic Park is widely known as the “birthplace of American democracy”.8 Its grounds see approximately 4.3 million visitors per year and host multiple historic treasures, such as Independence Hall wherein the Declaration of Independence, the Articles of the Confederation and the U.S. Constitution were signed.

Originally erected as the State House of the Province of Pennsylvania in 1732 until 1756, Independence Hall hosted “historical milestones” including meetings of the Second Continental Congress from 1775 to 1783, the ascension of George Washington in 1775 as the Commander in Chief of the Continental Army.8 With its time as an operational hub for legislative action long since passed, Independence Hall now serves as a historic monument and is open regularly for guided tours.

Outside of Independence Hall, the Independence National Historic Park includes the popular Liberty Bell Center, the First Bank of the United States, Franklin Court, National Constitution Center, and Independence Visitor Center among others. The park in it’s entirely, as does each of the historic sites that it is comprised of, preserves the foundation upon which the United States was built. For more information about the park, click here.

Fun Fact: Now the largest city in Pennsylvania, Philadelphia served as the nation’s capital from 1790 until a permanent capital was established in Washington, D.C., in 1800.1

Ready to see American history unfold before your eyes on your next travel excursion? Contact Travel Insurance Services for all of your travel insurance needs by clicking here or calling 1-800-937-1387.