USI on the Move: An American in London

Travel Insurance Services is more than a set of select travel insurance products. We take pride in having experienced world travelers working with us to guide our customers through choosing the perfect coverage options for them. For this part of the #USIontheMove blog series, we sat down with USI Affinity’s Arielle E. to hear about her experience traveling in London.

The year was 1776 when, as an American, my forefathers signed a letter and set out bravely into an unknown future -- one of independence from Great Britain and the royal crown. Seven years of conflict have been followed by 238 years of peace and friendship. Fast forward to today, tracing my country’s historical roots back to England is a dream trip for this traveler.

We were greeted upon arrival by a misty drizzle hanging above the low-rise buildings of London. The delicate blend of the old and the new remains balanced within the architecture of the city -- preserving Victorian style townhomes with more modern shopping complexes and flashing billboards. From there we hit the ground running and took in as much of the city as we could. Here are our top five ‘must-see’ attractions: 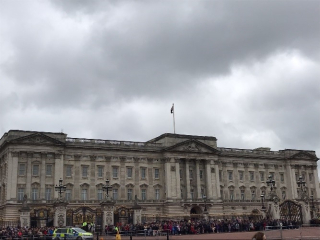 What else in the whole of London could fulfill my romanticized fantasies of royal glamour quite like Buckingham Palace? Iron gates, adorned with the royal coat of arms of the United Kingdom, shield the palace from the common people as if serving as a bastion of the monarchy unto itself. The palace is indeed grand in both size and stature, made more so by the famous guards dutifully standing watch from behind the gates.

Currently, the palace serves as the official London residence of the monarchy and its walls witness events from great royal affairs to weekly meetings with the Prime Minister. Overall, Buckingham Palace is the perfect example of how seamlessly England mixes its centuries-old tradition into modern day functionality.

Travel Tip: When planning to go see Buckingham Palace, check out the times for the Changing of the Guard ceremony. This ceremonial transfer of responsibility from one military unit guarding the Palace to another is a grand display filled with tradition and musical support from the units’ bands. 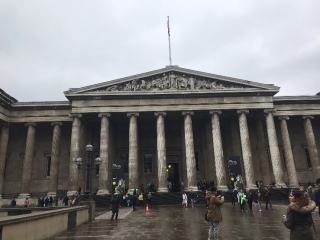 The iconic and incredible The British Museum should be on any London itinerary. The beautiful, Roman style building holds treasures from all over the world accessible to the public at no charge. The Museum was first commissioned by an act of parliament in 1753 after the late Sir Hans Sloane, a physician and collector, willed his collection to King George II in exchange for £20,000 to be given to his heirs. Today, the collections welcome approximately 6 million visitors per year.

There is something for everyone in this hub of culture from all over the world. There are rooms showcasing exhibits across time and the world, from Ancient Egypt to present day Europe. During my visit, my favorite exhibit was seeing the Rosetta Stone on display. The exhibits change regularly; visit the website to see what special exhibits will run during your visit. 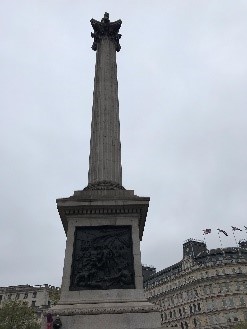 Trafalgar Square is an iconic London must-see. Located in the middle of the city, Trafalgar Square is a public courtyard filled with memorials, such as Nelson’s Column, and sits adjacent to the National Gallery, capturing English history and sharing it spectacularly with all who pass through. The Square was named officially in 1830 after the British victory in 1805 at the Battle of Trafalgar.

Today, Trafalgar Square is, according to the Mayor of London website, “a centre of national democracy and protest. Rallies and demonstrations are frequently held at weekends on different political, religious and general issues.” There are many different types of events that happen on the Square’s grounds, from Pride In London to the Chinese New Year celebrations.

Travel Tip: Check out what events are going on ahead of time and plan accordingly if you want to avoid large crowds while sightseeing. 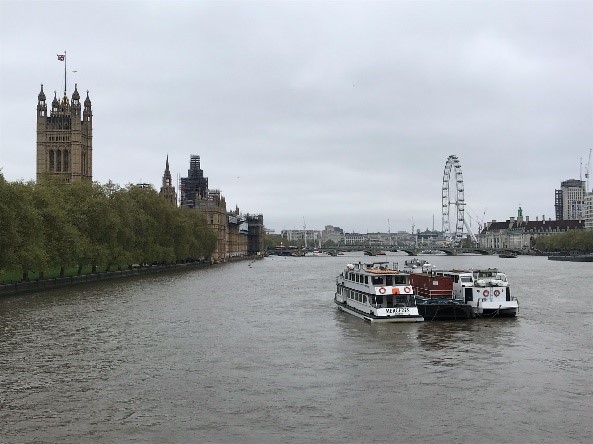 Aptly named, the Coca-Cola London Eye is arguably one of the most iconic modern symbols of London. The 135 meter (443 feet) tall attraction towering over the River Thames is “the world’s largest cantilevered observation wheel” and was officially launched in 2000. Each rotation takes about 30 minutes, giving riders a breathtaking, 360 degree view of the city through the windows of one of its 32 glass capsules. While the structure was originally intended to be a temporary attraction, its year-on-year success and growing popularity has kept the wheel in place as a London staple worth the visit.

For more information or to book your tickets for this London attraction, visit online here.

Travel Tip: If you want to go for a ride on the London Eye, book your ticket and time slot in advance either onsite or online. 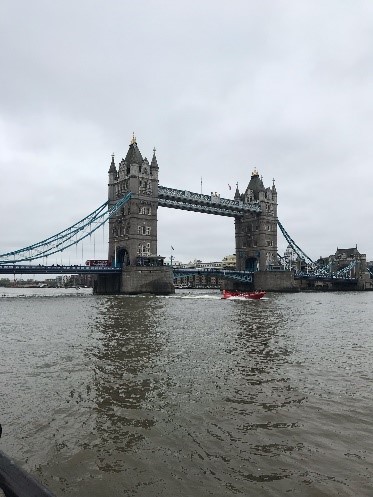 Many who have never been to London have undoubtedly heard of the ominous Tower of London -- an incredible fortress that served as both the Royal Mint and the infamous prison. Across from the fortress is another iconic symbol of London: Tower Bridge. Often referred to incorrectly as London Bridge (which is a different bridge), Tower Bridge is a tremendous structure nearly as grand and recognizable as the fortress to which it leads. Built over 120 years ago, Tower Bridge was considered the largest and most sophisticated bascule bridge of its time. 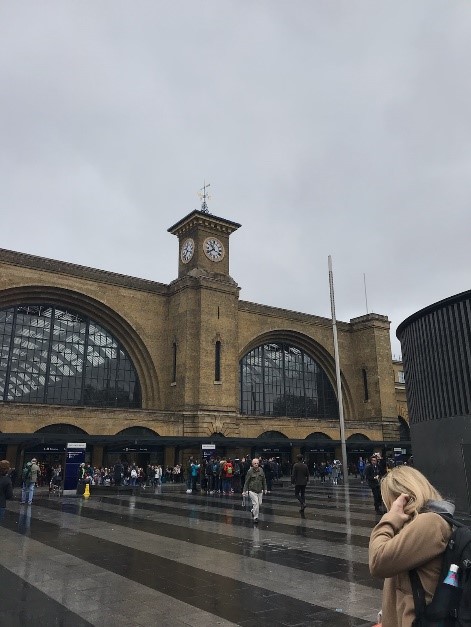 Made famous in a modern context by the world-renowned Harry Potter book series and movie franchise, King’s Cross Station is an iconic London train station shuffling commuters to and from the city (and to magical wizarding schools, so I’m told). The station was first opened officially 1852 and was considered the largest railway station in Britain for the time. Today, the station is a major transportation hub with a public square, King’s Cross, in front of the large building drawing visitors with its restaurants and attractions.

Travel Tip: And, did you know that there is giant birdcage outside with a swing? It’s an art installation called the IFO (Identified Flying Object) by Jacques Rival. Read about it here.

These are just a few of the many ‘must-see’ places around London, a city rich with both a romanticized history and modern glamour. It is nearly impossible to really see London without passing by Shakespeare’s Globe, Westminster Abbey, St. James’ Cathedral, and so many of the many other wonderful historical puzzle pieces of the city’s history.

Are you ready for a tea party in London? What London location is at the top of your ‘must-see’ list? Wherever you travel, don’t forget to pack your travel insurance! Learn more about our products at www.travelinsure.com.

USI On the Move- Meet the Team: Arielle E. is a Marketing Project Manager for USI Affinity. Born into a military family, Arielle has been an avid traveler “since day one.” She is a 2014 graduate of Norwich University with a Bachelor of Science degree in Communications. In her spare time, Arielle enjoys exploring new places through trail running, baking and writing.